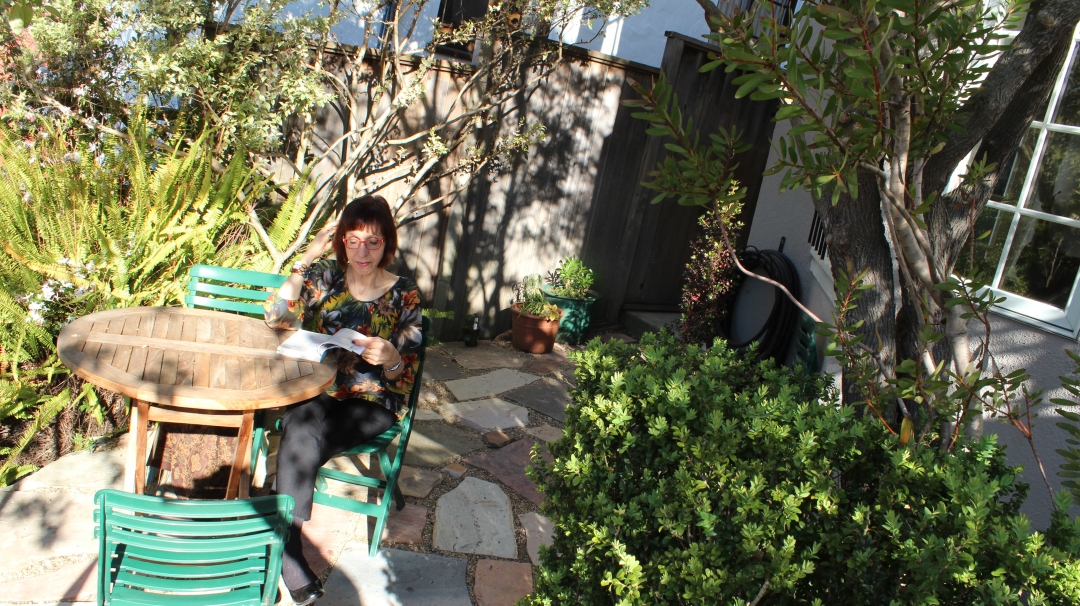 It’s easy to be virtuous when the thing you are railing about is out of reach. And so it is, in my pandemic soul-searching, I have decided we will not rent full houses or self-contained apartments when we (ever) get back to travelling.

Well, unless we have no choice. Or unless the temptation is just too great. Because Airbnb and other such rental services can be a tourist’s nirvana, right?

But over recent months, I’ve read too many stories about the housing crisis, especially in big cities. Lucrative short-term rentals are among the factors that keep houses, condos and apartments out of the hands of regular renters and buyers.

But if they are to blame, so am I.

Because I am here to confess that my high-minded proclamation is rather precious considering my husband, Dwight, and I have been holidaying in apartments since before Airbnb was invented.

Our first such rental was in 1996, an apartment on the lower level of a gorgeous home in North Vancouver. Dwight found it on an early bed-and-breakfast website. In that long-ago time, we were guilt-free: Just a budget-conscious family of four relaxing in our own space with two bedrooms, private bathroom, sitting area and small kitchen. Truth be told, after a long flight with kids, the mere sight of the fridge and pantry stuffed with snacks and breakfast choices would have silenced any virtuous questioning. Add the invitation to use the patio and pool, just steps from our door, and we would have zipped it up for good. It was perfect.

At least it was perfect until the day “Mister Twister” dropped by.

Our then 14-year-old son was already on edge because he had identified the homeowners as the exuberant hosts of a children’s TV show he had once mocked. Who knew? The sudden appearance of their friend, a.k.a. Mr. Twister, almost did him in. I already had my doubts about the male homeowner’s enthusiasm for the rental sideline. One day as the boys cooled off in the pool, he pored over papers on a patio table like a secret agent in search of a mission, his occasional glares quite at odds with his congenial TV persona. Perhaps Mr. Twister’s visit was a ploy to send our teen packing.

No matter. We were hooked.

Our second rental was in a sprawling complex in the Les Halles district of Paris. In Canada, the long, narrow apartment would have seemed cramped and annoying, but this was Paris, so we deemed it quirky and charming. Besides, I was chuffed with my find, tracked down through a nifty new Internet thingie called Google. This was the year 2000 and renting an apartment in a foreign city was so unusual – reckless even – that the newspaper where I worked asked for a feature. The day we popped our money-order into the mail, our friends wondered if we had gone mad. (We wondered too.) Did the apartment even exist? Thankfully, it did.

Now, we were really hooked. A long list of cities followed, even after our sons grew up and we travelled as a couple – from England to Monterey, and from Montreal to Brooklyn. No more hotel strips and cheesy tourist amenities for us!

But… (you knew there was a “but” coming, right?) These days I’m trying to justify my choices – to find that sweet spot between lofty social-justice rants about housing and that ever-elusive travel perfection.  So here’s what I’ve decided.

Resort areas and summer cottages pass the sniff test, so there will be no hand-wringing when I book a friend’s cottage on Rice Lake, just a couple of kilometres from my childhood stomping grounds in Asphodel Township.

And as I mulled over our roster of past trips – always a worthwhile endeavour on a dreary winter’s day – I spotted a bunch of saintly stays, often booked through Airbnb. There’s hope!

In Montreal, for example, the condo owner bunked in with friends when we booked his eclectic abode, leaving us alone with his mannequins and other odd collectibles. The owners of a stylish Chicago condo split their work life between the Windy City and the West Coast. We loved our time there, despite the owners’ fussy Post-It notes that popped up at every turn, reminding and prodding and worrying. (Could there be a BabyCam hidden somewhere?)

Here’s the point – neither of these places would fit the regular rental market.

In Philadelphia, our unit within a multi-level brownstone was clearly a home office when there were no guests. It was a comfortable spot, complete with a private bathroom and deck. As a bonus, the owners’ two cats made it clear their inspection privileges could be invoked at a moment’s notice.

When we hit the road for the East Coast in 2018, we scouted out a middle ground between apartments and bland hotels. An old inn in Lac-Mégantic, Que., oozed charm – and served a scrumptious breakfast. In Sainte-Flavie, Que., we whiled away the time before dinner on a small guest patio beside the St. Lawrence where we read novels and sipped wine. In Moncton, N.B., we toured the owners’ stunning collection of antique glass on our way to our lower-level B&B unit. (I prayed that I wouldn’t take up sleep walking.) Our private bathroom was a designer’s showcase. A generous breakfast was delivered to our door.

I am pleased to report that on that trip our only disappointment was a full apartment in Quebec City. It was spacious and in a pleasant neighbourhood – i.e. perfectly suited to the regular housing market. But for our stay, the towels and linens were as ancient as the Old City down the street and the thin pillows so lumpy that I spent part of the night composing various versions of an email for the Airbnb host, who lived in Montreal. In the morning I sent the version without the profanities.

So, have I really sworn off apartment rentals? Maybe. Will I scowl at those who choose this form of travel? Never. A full apartment can be hard to match, especially for families. I get it.

But I’m here to say that for those open to the search and perhaps a bit of adventure, there are options. Some even come with cats.

Kathryn Storring is a Kitchener-based journalist, freelance writer / editor, and the author of two books: Life & Legacy (2021), a tribute to her grandmother Ruth (Birdsall) Elmhurst, and Rocki & Emily (2019), a children’s book illustrated by artist Diane Shantz. View all posts by Kathryn Storring